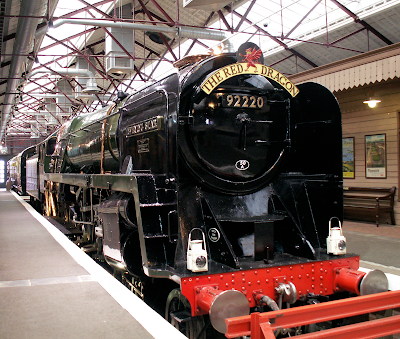 This 2-10-0 was known as the Evening Star; The Red Dragon placard designates the name of the train being pulled.  I must have taken this picture between 2008 and 2010 because this locomotive was temporarily at the Swindon Steam Museum to celebrate its 50th anniversary.  It was built in March of 1960 making it the last steam locomotive built by British Railways.
at 5:00 AM

Spiffy paint and metalwork. All shiney.c