The easy way or the hard way?

I've been neglecting the blog a bit lately for various reasons, and I thought it was about time to put up a post or two before I forget how.

Just the other day I glanced at the cover of the Model Railroader magazine and was delighted to see a cover story touting a tour of a largely scratch-built layout. In years past this might not have made headlines as virtually every layout they featured was full of scratch-built structures. More and more though it's possible to recognize the models in the MR articles.

This layout featured a number of pieces that were hand built out of highly detailed craftsman kits or constructed completely from scratch. This gave everything a very fresh, unique look and made it possible to experience the sort of suspense of disbelief that allows you to look at the railroad as though it is real. Sadly, it seems as though thisapproach to the hobby is largely disappearing

Recently I visited the "Great Midwest Train Show" in DuPage County. After searching the show and finding only a couple of antique kits that interested me, I struck up a conversation with one of the dealers about how hard it was to find craftsman kits andscratch-building materials. It was his opinion that quality kits were only going to get harder to find while more and more ready to run and quick assembly kits were going to take over the market.

Several years back, I purchased what was, at the time, the only commercially available kit for a CB&Q waycar. It was a LASERkit model which means that it was mostly wooden pieces cut on a computerized laser cutter. It was quite complex and took several hours on several evenings to complete. It was quite satisfying to see it finished. A year or so later, Walthers came out with the same waycar in a nearly ready to run version. The price wasn't too out of line with what was already on the market, but the new kit could be put together in about a half an hour with a bottle of superglue. Now the model is down to about half of the original cost.

The one without weathering is the simple model.
The wooden model is the one with the handrails removed.

They're both good models, and look quite similar (though I will admit a certain fondness to wooden models) but the more complicated kit gives you a feeling of accomplishment, while the simple one just sits there and looks nice. It would be a shame for model railroading to become something as simple as buying models and setting them on the rails.

Here's an example of what most people would consider a craftsman kit. 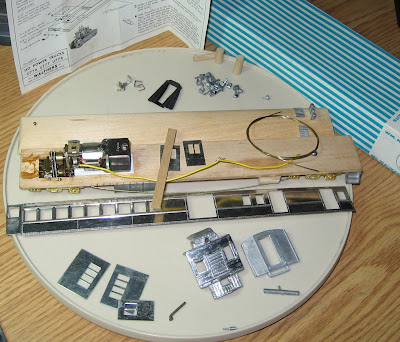 In the 1930s and 1940s when this kit was originally sold, it was considered a pretty standard kit. I picked this up at a model show in Green Bay a few years ago in roughly this condition. Apparently theprevious owner had done some work then abandoned it when it didn't run smoothly. It turned out that the mechanism that held the brushes against the armature of the motor was damaged (and poorly suited to the task.) So I simply replaced it with a spring system of my own (loosely based on other designs) and now it runs great. 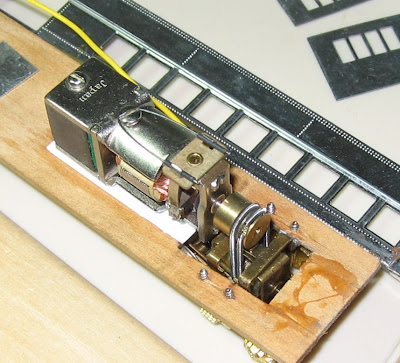 I plan to build up this kit to a finished model as soon as I get a chance to sit down and really work on it. I could drop about $160 on a modern, ready-to-run model that would probably have a quieter motor and marginally smoother operation, but that defeats the purpose of having a hobby. If all I did was buy the models I wanted, it would just be collecting, and not model railroading.

So if I may offer a bit of advice, if you have a hobby (and almost everyone does) make it worthwhile, and put some actual effort into what you do. If it's collecting, learn some history about what you have, not just the values. If it's a craft, make something the hard way and see how you like it. I bet you'll have more fun that way
at 6:03 AM No comments:

I wouldn't be surprised 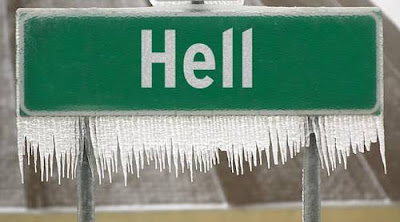 Brand image is everything 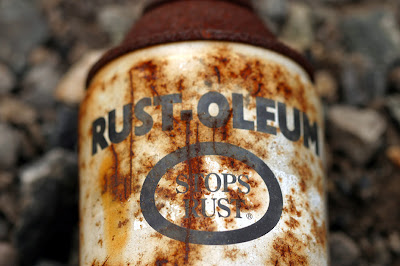 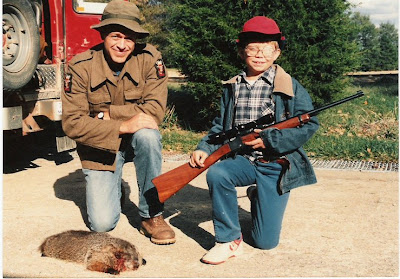 Yep, that's my father, me and a groundhog having a bad day. I'm afraid I can't take credit for the shot though. If the glasses and eyepatch are any indication, I couldn't have hit the broadside of a barn at the time...even with that lovely Ruger .223!
at 5:36 AM 3 comments: