Holidays with a twist 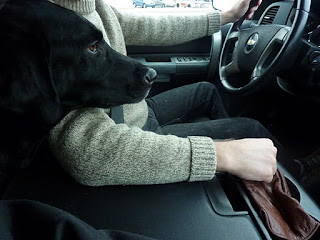 It looks like I'll be taking an unscheduled break.

Have a Merry Christmas everyone, I'll see you next year! 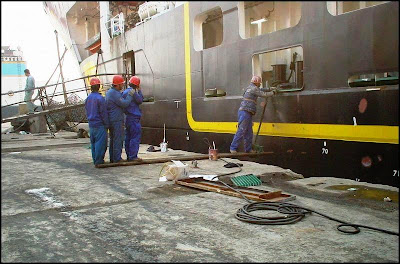 I just received next year's farm bureau calendar. I like taking these to the office because while everybody else has pictures of cars they can't afford, landscapes they'll probably never see in person, or slightly too adorable kittens, I am the only person there with a tractor calendar. I flipped through it once to look at the different pictures and Miss December the December tractor caught my eye. It's a Sears Economy tractor in bright red shiny paint. Farm Collector did an article on these back in 2009 which gives a nice little overview, but the short version is that it's a tractor frame with mostly automotive parts for the mechanical workings. Farmers could either buy the complete tractor, with it's rebuilt Model A motor, or they could buy a kit and furnish their own model A engine and complete the assembly themselves. It's a neat concept for an inexpensive tractor.

Reading about the Economy tractor made me think about a tractor I saw at Old Threshers this year which was dubbed the "Harper Special." This little mechanical marvel was parked in the truck section with a little sign briefly explaining it's history. Apparently it was built in 1944 by xx Harper who put it together from junkyard scraps and some oak beams back in 1944. The date of construction is actually quite significant. During the war years many things were hard to come by and tractors were no exception. For several years the lend lease program had been sending tractors overseas to support allied farmers so they could keep crop production high enough to feed their armed forces. Then as the US entered the war many factories were re-tooled to produce hardware for tanks, jeeps, artillery and all manner of other military equipment. 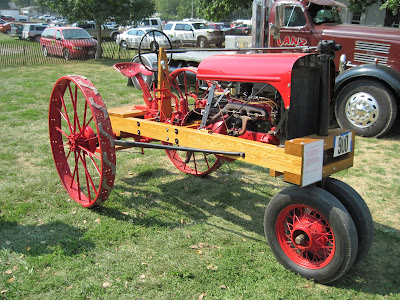 It was in the midst of this that Mr. Harper apparently went to the junkyard and gathered together his own kit consisting of a model T engine, two transmissions (one a model T one a 4 speed stick) a rear axle from a truck, A set of wheels (which look suspiciously like something you might find on a manure spreader) and other bits and pieces of equipment. 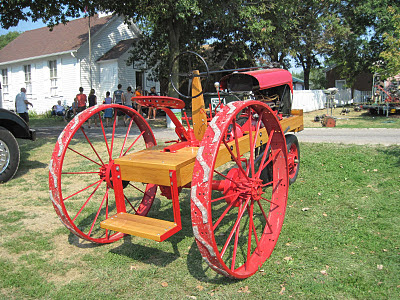 The result actually has some very clever features. First off, the oak frame seems to have eliminated the need for any significant amount of welding, which probably simplified construction and avoided the need to beg a ration board for steel beams. Model Ts had been around for over 3 decades by this point. There were plenty of them in boneyards to be picked over but they were simple enough to be serviceable and there were enough old Ts still out there that parts were plentiful. The model T engine has an add-on water pump to provide better cooling than the typical buoyancy based circulation. The engine has also been equipped with a governor which is mounted next to the water pump. 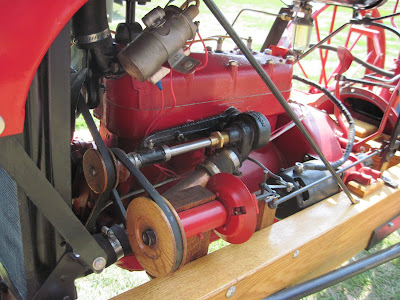 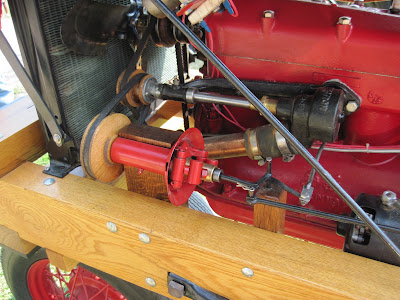 Seen here, the governor is connected to the water pump by wooden pulleys. The flyball mechanism works the linkage which actuates the throttle on the carburetor on the opposite side of the engine. The whole thing is connected by linkage back to a lever by the operator. 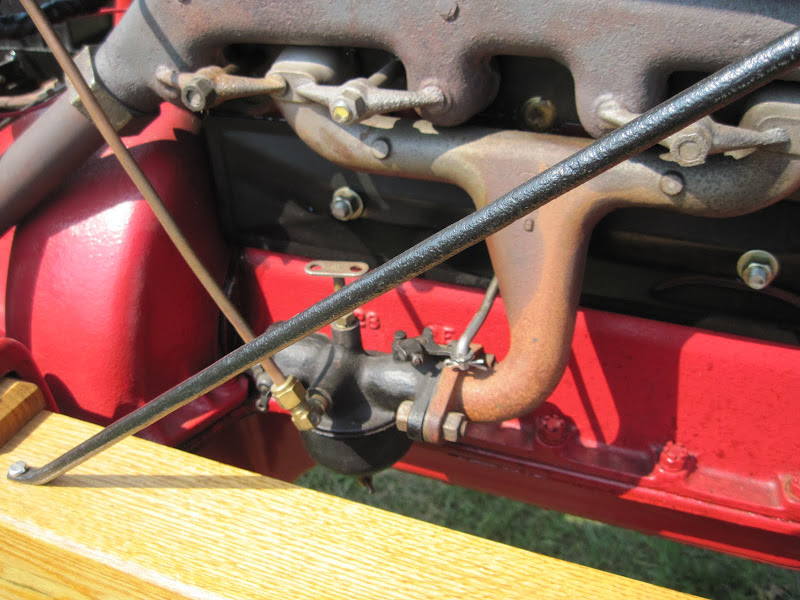 Also interesting is the use of a dual transmission setup. The model T transmission is really a very simple forerunner of today's automatic gearboxes in that it uses a planetary gear set and bands to provide the forward and reverse gears. The clutch is integrated into transmission and occasional adjustment of the band would keep it in satisfactory condition. By leaving the model T transmission and engine paired together Harper was able to simply use the low gear pedal to engage or disengage the drivetrain. The two forward gear ratios on this transmission also meant that you could drive the tractor in both high or low range. The 4 speed transmission (presumably 3 forward 1 reverse) inline with the first gave the operator a decent selection of gear ratios to work with. Of course it was necessary to mount extensions on the model T pedals so the operator could move them, and the reverse pedal was removed, probably in order to keep someone from putting both transmissions in reverse at the same time and going forward by mistake. 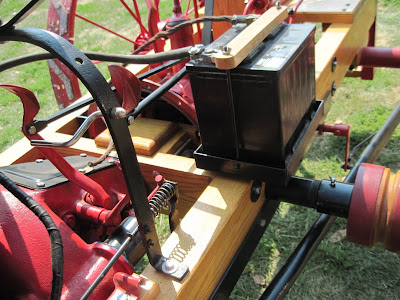 Mr. Harper even planned well enough to add in a PTO pulley by mounting a gearbox (or at least a set of bevel gears) in between the two transmissions. 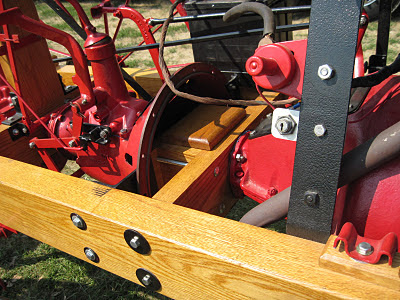 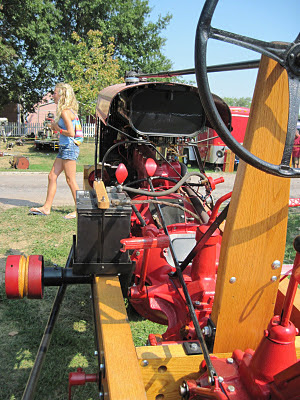 I doubt I would want to pull very much with this tractor, but I would bet that with the proper hitch mount it could pull a two bottom plow like it's Sears counterpart just so long as the ground was dry enough for the wheels to get decent traction.

Isn't it amazing what can be accomplished with limited materials and a little ingenuity!