True Blue Sam forwarded this site to me because I'm in Mankato MN right now.

Apparently I'm in a 'hidden tourist mecca' with some neighborhoods that never drop below 70 degrees F. 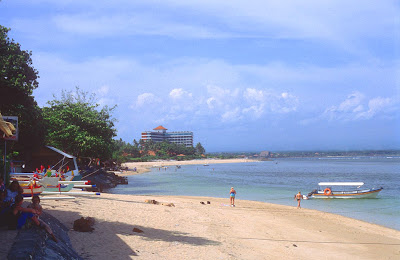 I don't know where those neighborhoods are or I would be staying there.

The view from where I'm working is somewhat more bleak. 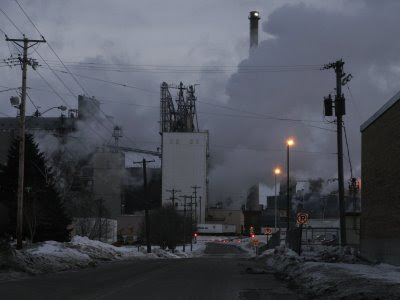 Oh and it was a brisk 5F when this picture was taken. Where are those 70 degree neighborhoods?!
at 10:09 PM 4 comments:

Some days there's not enough coffee in the world.
at 6:01 AM 3 comments:

Nothing up my sleeve valve

I think I might be approaching steam engine overload after the last few posts, so it's time to focus on some internal combustion technology instead. 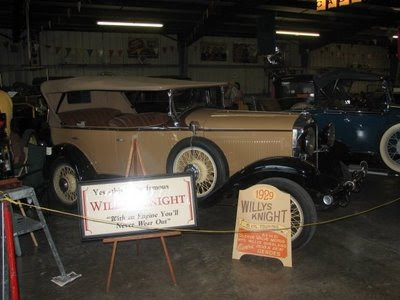 If you've ever heard of a Willys Knight then you probably know it has a somewhat unusual engine. 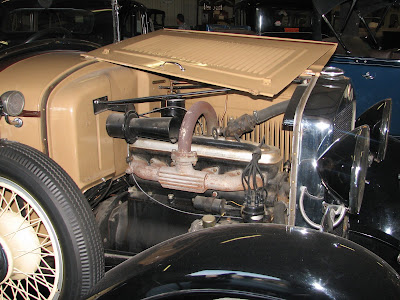 Your typical auto engine runs on a 4 stroke system, where every two rotations of the crankshaft can be divided into 4 main phases: intake, compression, power, and exhaust. During the intake and the exhaust strokes it is necessary to open valves for fuel and air intake and venting the exhaust gases. A poppet valve is usually positioned in an arrangement something like this. 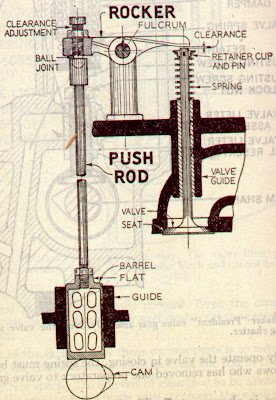 A spring holds the valve shut while a cam actuates the valve during the brief period that it needs to be opened. Different valves are actuated by different cams so timing the valves is fairly straightforward. 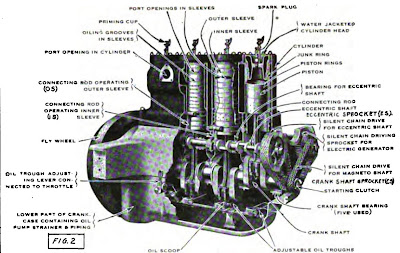 Rather than having two or more valves in the top of a cylinder there are two sleeves inside the cylinder and around the piston. The sleeves are controlled by connecting rods, linked to a small crankshaft which takes the place of the poppet valve's camshaft. 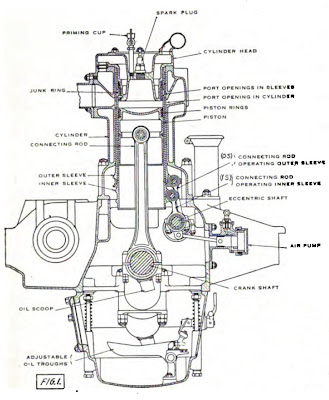 Interestingly enough, the sleeve valve system seems to have more in common with a steam engine than an internal combustion engine. Early steam engines had slide valves that controlled steam inlets and exhaust, but these sleeve valves are much more advanced than most steam chest slide valves in both timing and design. A common problem with slide valves was 'cutting' of the sliding surfaces due to force from the steam pressure in the cylinder, but a sleeve valve that wraps around the cylinder has pressure on all sides and so there is virtually no unbalanced force to cause cutting of the valve surfaces.

Each sleeve has two ports in it on opposite sides. One port is for exhaust, one is for the intake. 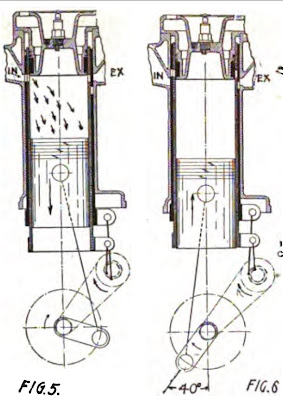 On the intake stroke, the left hand ports align creating an opening for fuel and air to be drawn into the cylinder. As the piston passes bottom dead center, the ports in the sleeve pass the intake passage sealing the opening. The piston continues upward compressing the fuel air mixture in the now sealed cylinder. 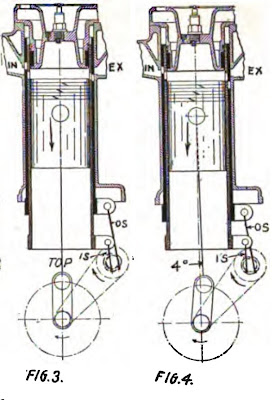 Near the top of the stroke, the fuel air mixture is ignited by the spark plug. The sleeves travel downward but stay just far enough out of alignment to avoid opening the exhaust or the inlet port. 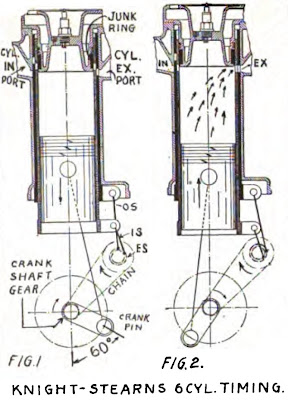 As the piston approaches the bottom of the stroke the ports on the exhaust side of the cylinder begin to align so that the spent gases can be pushed out on the upstroke. Meanwhile the intake ports remain misaligned so that the exhaust is not forced back into the carburetor.

This design did have some significant advantages over the poppet valves of the teens and twenties. The sleeve system was quiet, mostly because it used connecting rods rather than push rods and tappets which create a loud clattering sound.

Eliminating the pushrods and valves also held some potential advantages. In the days of weak alloys and sometimes marginal heat treatments poppet valve timing was unlikely to stay consistent over long periods of time, and problems with carbon buildup, poor valve seating and valve bounce all impacted performance and required frequent maintenance.

The knight sleeve valve system did not suffer from these types of problems. The connecting rods and secondary crankshaft used for the sleeves reduced problems with timing, and eliminated the danger of mistimed valves being struck by the piston. There was no need to regrind and seat valves, and carbon buildup on the valves was not a problem. In fact, it's believed that carbon buildup tended to help the performance of the knight engine because it made the seal between the sleeves tighter, leading to better compression.

The reduction in maintenance compared to other common engines was probably why the Knight was billed as having the 'engine you will never wear out." That was a bit optimistic of course. The same carbon buildup that helped to seal the sleeves better also caused plenty of wear on the sleeves, eventually making them loose enough to make the knight a real oil burner.

Eventually improvements in engineering and materials eliminated the primary disadvantages of poppet valves. Once maintenance concerns were less of a problem, cost and performance made poppet valves the clear winners in most applications. Still, the sleeve valve design is fascinating, and I'd love to be able to take one of them apart some day. 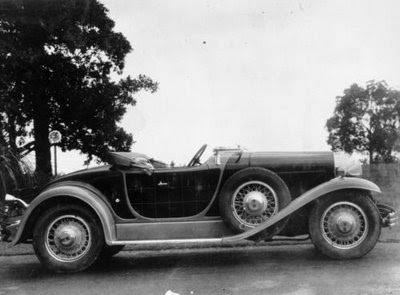