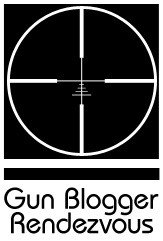 If you don’t know what I’m referring to then you had best check out this post and learn all about the Gun Blogger Rendezvous. For the last several years, Mr. Completely and Keewee have been putting on the rendezvous and It’s gotten progressively better each time I’ve attended.

Now I know that the name implies that it’s for gun bloggers, but it’s actually a good time for anyone who enjoys shooting, hunting, competitive shooting, or even just talking about guns. We have some attendees who don’t even have a blog (and people like myself who have one but never post) and they join in the fun just like anyone else.

Typically Mr. C puts together a few different activities and all end up being fun. There is usually a show and tell session where everyone gets to bring out their toys for others to admire. We’ve been lucky to have various guest speakers from the firearms industry, various firearms and sporting groups, as well as some distinguished advocates for gun owners’ rights. (see here and here) 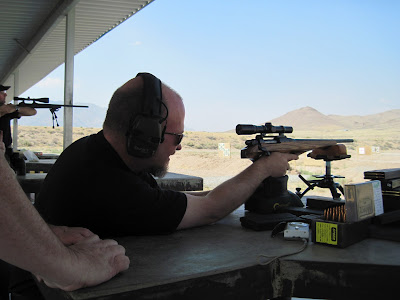 Then there are the range events. We typically have an open range day where everyone sets up their gear, does some shooting, then goes down the line to admire (and try out) everyone else’s guns. The miniature Steel Challenge event gives everyone a chance to try their hand at steel plates. (We do log times, but there’s really no pressure. We’ve even had people shoot stages with single action wheel guns.) As if that wasn’t enough we’ve also had cowboy fast draw competitions which are fun pretty much no matter what 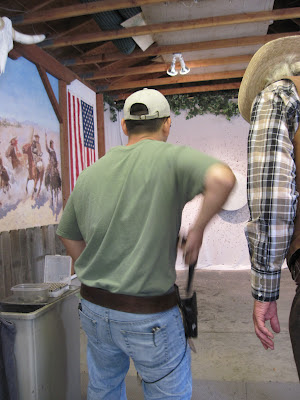 And last but not least we have a raffle. 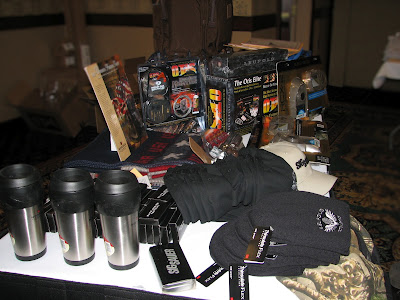 It’s actually a very big deal. First off it’s for a very worthy cause. All of the money raised at the GBR goes to Project Valour-IT, a very Soldiers’ Angels program which provides voice controlled laptops and other technology aids to wounded soldiers so that they can maintain communications with friends and loved ones. 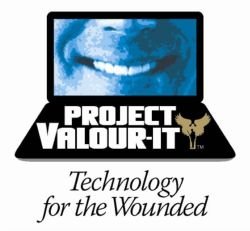 If that isn’t enough of a reason, then remember, you can win cool stuff! Last year I won a pistol and several other people won firearms as well. There were pocket knives, gun gear, clothes and all manners of goodies to enjoy.

That brings me to my main point for today. I’ve been in communication with Lori Petoske from Ruger and I’m making arrangements for a Ruger Vaqueros to be in this year’s raffle. What’s more, Lori came back with a very generous offer.

If you’ve followed the GBR, you probably know that Lori and Bea met a couple years ago during the 2010 rendezvous. From what I hear, they had a blast! The following year Bea donated a Ruger Blackhawk like the one she enjoys shooting. Well this year Lori says she and the fine folks at Ruger are interested in donating a firearm in Bea’s Honor!

We have to work out the details but it looks like there will be TWO Ruger firearms in the raffle at GBR this year.

Now what are you waiting for? Go register for the rendezvous, help raise some money for Valour-IT and maybe even win a Ruger!!

...if I'm coming or going!
Just a quick post to say that I'm still alive. I'll post again soon, but in the meanwhile, here's a picture of a rare beast; a Garratt steam locomotive!