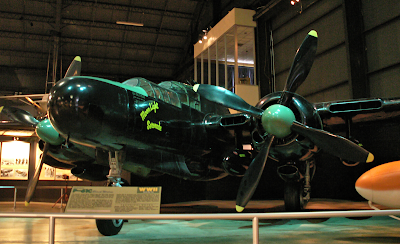 P-61c Black Widow
(the paint scheme may be more appropriate for the 61b)
I remember learning about these and thinking they were one of the coolest planes of the war.  As is often the case though, the real work was done with the planes available, not the ideal ones for the job.  The US hadn't found a need for a dedicated night fighter prior to the outbreak of war in Europe and this was basically a response to the German attacks during the blitz.
The first production models were available in October of '43 but flew their first combat missions in mid '44 by which point the P-51 had already put the Luftwaffe on the back foot.  Had it been available earlier, it's extended loiter time could have made a pretty significant difference in the damage done by German bombers.  It did, however, serve very effectively in ground attack rolls during the battle of the bulge. and is unofficially credited with the last kill of the war (in the Pacific.)
Neat, just a little too late.
at 5:00 AM No comments: 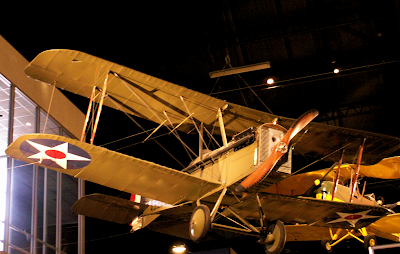 SE5a seen at the Air Force Museum in Dayton OH
at 5:00 AM No comments: 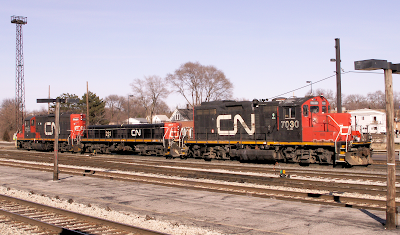 When operating at slow speeds, most diesel electric locomotives can produce more power than they can transmit to the rail, so sometimes railroads will use a slug or calf for switching and local duties.  It's basically a chassis with additional motors and axels (and weight) but no engine.  It uses the excess electricity produced by another locomotive to provide a extra tractive effort.
at 5:00 AM No comments: 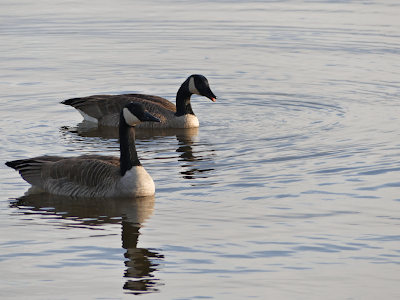 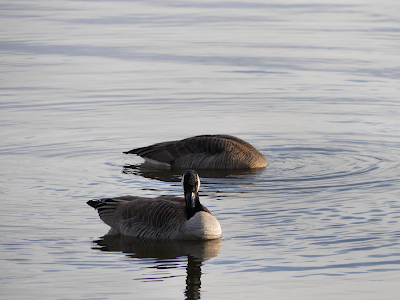 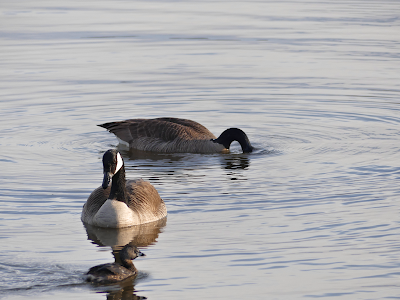 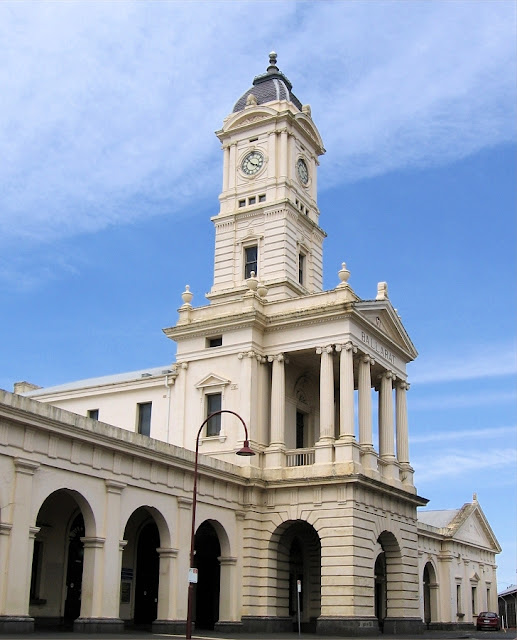 Railway station in Ballarat Australia.  Still active today!
at 6:37 AM No comments: